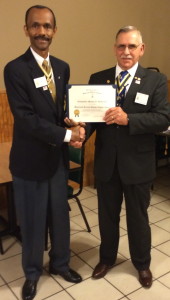 This award is named after an American Revolutionary War Patriot, Stephen Taylor. To see more about Patriot Taylor, click here.

My efforts to preserve and document the story of my Louisiana Revolutionary War ancestor, along with some other interesting historical discoveries, were captured in a  segment of the PBS program, “History Detectives,” titled the Galvez Papers.

To learn more go here:  GOT PROOF! My Genealogical Journey Through The Use Of Documentation.