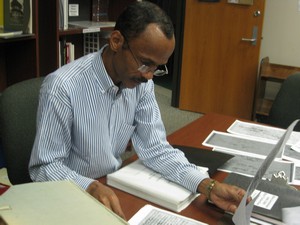 I began my genealogy journey almost 30 years ago. Throughout that time, I have queried family members, friends and strangers, searched family documents and photo albums, reviewed research books and archival records, scanned microfiche files and Googled names, dates, and places to uncover a family history rich with stories.

I uncovered my fourth-generation great-grandmother, Agnes Mathieu, an enslaved woman who gained her freedom in 1779 through a year-long court battle with the help of Mathieu Devaux, a Frenchman, who served in the American Revolution under the Spanish General Bernardo de Galvez. Mathieu and Agnes maintained a 31-year relationship and produced seven children, all of whom were born free prior to the Louisiana Purchase in 1803. I am a descendant of one of those children.

I’m the first in my family to pursue membership in the NSSAR, so the process was especially detailed for me. But it was truly a labor of love and it’s an honor to have my family’s history included within the narrative of American history. I later became vice president of the Button Gwinnett Chapter and in 2012 served as president of the chapter. I remain the only African American member of the SAR in Georgia. 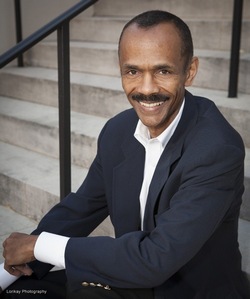 I have further explored my family’s connection to ancestors who served in other wars. Following my discovery of a third-generation great-grandfather who fought in the Battle of New Orleans during the War of 1812, I pursued membership and in 2012 was accepted into the Louisiana chapter of the General Society of the War of 1812. I am the first and only known African American in the Louisiana chapter.

In June 2013, the American-French Genealogical Society certified my research as a direct descendant of my ninth-generation great-grandmother, an immigrant from France to New France in 1668.

In May 2013 I released my first book, Got Proof! My Genealogical Journey Through the Use of Documentation, my memoir detailing the decades of genealogical research that led to my discovery of Agnes and Mathieu.

My success as a genealogist is partly attributed to the research skills I honed in the Navy, having been trained as a research analyst at Officer Candidate School and at the Naval War College in Newport, Rhode Island. Over the course of my genealogy journey, I have uncovered Native American, French, African, and Swedish ancestry as far back as 1658. I have located evidence of six French ships that brought my Swedish and French progenitors to Louisiana. In addition, I am investigating several slave ships that could prove to have brought my African ancestors to Louisiana.