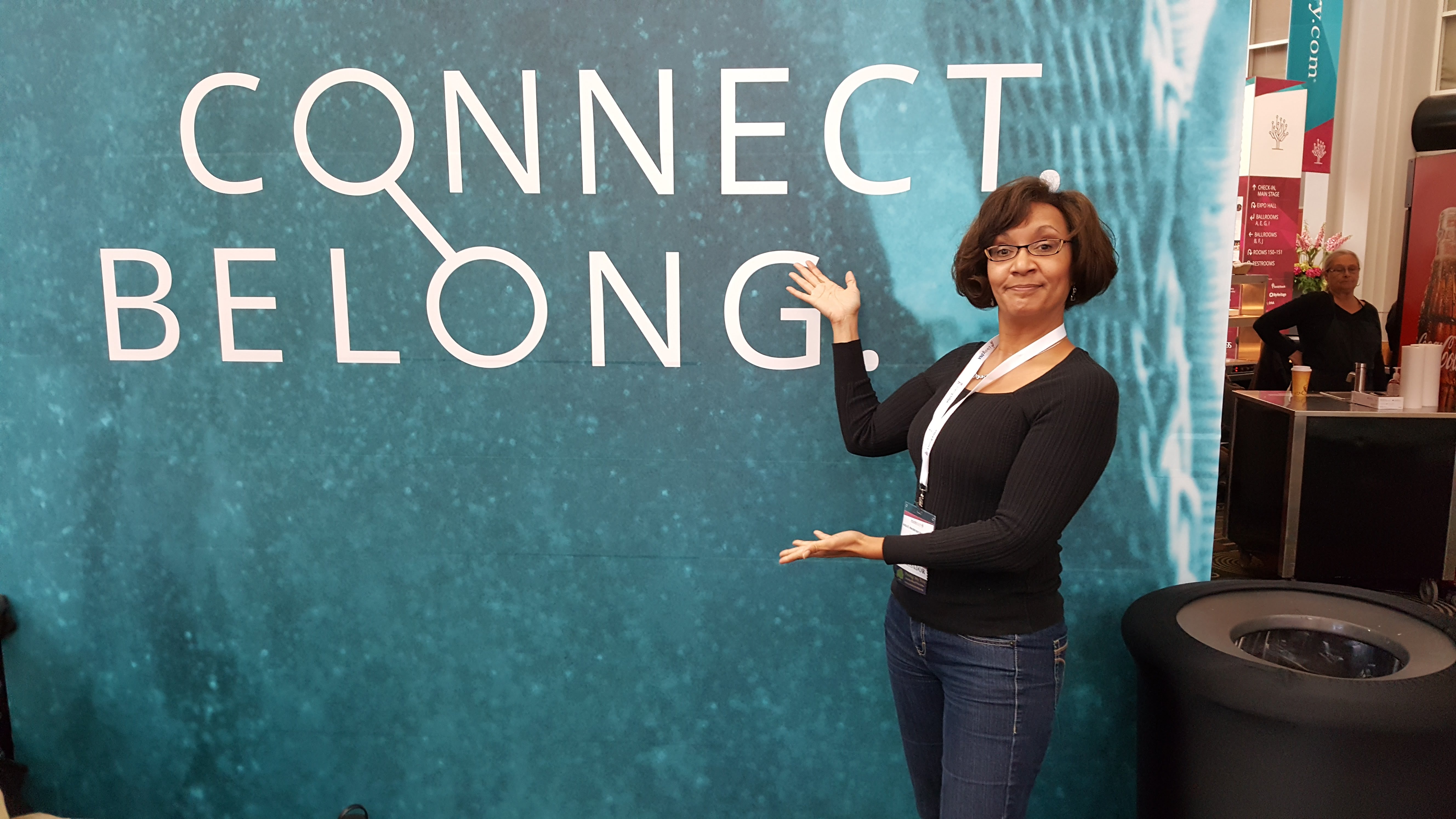 Last month, I penned a post titled, What Goes Around Comes Around – RootsTech 2018. In it, I shared some of Anita’s and my experiences at RootsTech 2017, and also what I hoped to see and do at this year’s conference.

Now that we’re back, I must say, our mission was accomplished and we both experienced a very successful conference. 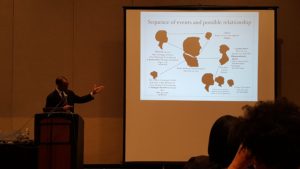 I presented my lecture, Decoding Manumission Papers to Find Family Connections. I was pleased to hear from several attendees about their own experiences uncovering freedom papers in their ancestral research. Even more inspiring was to hear them share that my talk gave them additional insight into exploring and analyzing such documents and allowing them to continue their research.

I was also encouraged to see how many wanted to learn more about the often hidden language included in manumission documents, a topic that seems to be taboo in the genealogy community. My purpose was to engage the audience in such a way that those in attendance could see themselves from two perspectives — that of the enslaved person being granted freedom, and from the person granting freedom to another.

Following the lecture, Anita, who was one of several RootsTech Ambassadors and Media interviewers, interviewed me about my session.  It was kind of strange to be interviewed by my wife, it was fun. 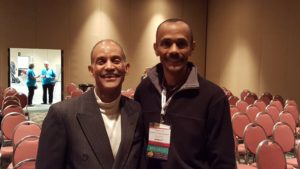 One of two individuals I looked forward to seeing at RootsTech was author and genealogist, Tony Burroughs. I met Tony some 20 years ago, and years later when we reconnected, asked if he would write the foreword to my book.

Unfortunately, one of Tony’s two lectures was scheduled at the same time as mine, so he was unable. The disappointing part is that I had consulted with Tony years ago about the very case study I presented in my lecture and hoped he would be able to attend to learn about my findings. Nevertheless, we a great time catching up and discussing many of the changes and opportunities in the genealogy realm.

Anita, wearing her “Oprah” hat, also conducted an interview with Tony. Be sure to check it out because yours truly makes an appearance. 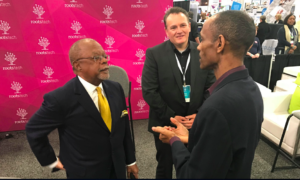 And finally, after many years of waiting, I had the opportunity to meet with Dr. Henry Louis Gates, Jr. In my book, I share the story of how I almost met him at a conference in 2009, and what a disappointment it was to miss him. But I suppose the wait was worth it because, at RootsTech, I had the chance to share with him part of my personal ancestral research discovery journey and to also thank him for the personal letter he sent me in support of my application for membership in the National Society, Sons of the American Revolution.

It was because of his research, documentation, and presentation of his finding a Revolutionary War ancestor named John Redman, that I was inspired to pursue my own ancestral research. That, of course, led to me discovering a Revolutionary War ancestor named Mathieu Devaux dit Platillo. Platillo, my 4th generation great-grandfather, served under the command of the Spanish Colonial Governor and General Bernardo de Galvez and was also instrumental in helping to secure the freedom of my 4th generation great-grandmother named  Agnes Mathieu.

Not surprisingly, Anita was able to ask Gates a question during a RootsTech press conference following his keynotes address on the final day of conference. 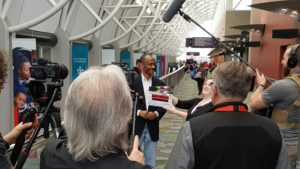 There were several other media opportunities where both Anita and I were interviewed and shared our individual perspectives on attending RootaTech. I was asked about the value of knowing about one’s name and how might that be one’s link to the past. See here my response. Michael N. Henderson root tech 2018  All in all, this year’s RootsTech was a success. Both Anita and I were glad to have had the opportunity to attend and participate as a presenter and an Ambassador. We both wish to congratulate both RootsTech staff and the many volunteers who made this year’s conference a success.

Here are a few pictures from this year’s RootsTech 2018: