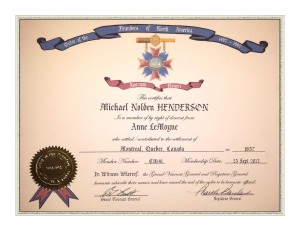 How many of you keep hearing how difficult it is to document one’s ancestry through the female side of your family.  The reason often given is because each time a female marries, she gives up her birth surname and takes on her husband’s surname.  Well, while this is true in some cases, it also creates a great opportunity for some interesting genealogical research. 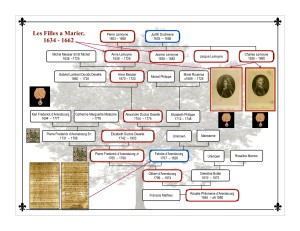 Family Tree connection Mathieu surname and Darensbourg all the way back to Lemoyne family in Montreal Quebec Canada 1657.

Here is what happened, when I went looking  through my mother’s ancestry, through several family surnames such as  Philips, Mathieu (a critical family surname – Mathieu documented and recently published in my Memoir – GOT PROOF!) D’arensbourg, Duclos-Deselle, Messier and Lemoyne.

What I discovered was our family’s French female progenitor back to 1657 in the Lemoyne family line.  And guess what, It’s now documented through two lineage Societies.  See more in a recent blog post titled:  French Female Ancestor Documented Back to 1657 Links New Orleans Native to Founders and Settlers of Quebec, Canada.

It is my sincere hope that each of you on a similar journey is continued to be inspired by stories such as this one and know that anything is possible as long as you believe and not give up the search.  I did not and hope you to won’t either.