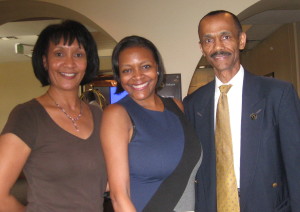 Also among the lineup of speakers was Anita R. Henderson, publisher of my book, Got Proof! My Genealogical Journey Through the Use of Documentation.

One of the highlights of  this conference was meeting Kenyatta Berry, host of the popular PBS program, “Genealogy Roadshow“. Kenyatta presented the closing plenary session titled, “The Changing Face of Genealogy”. 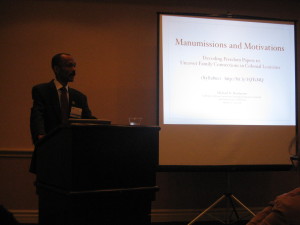 I presented two sessions — Manumissions and Motivations: Decoding Freedom Papers to Uncover Family Connections, and Black Women, White Men: Embracing the Forbidden Fruit of Genealogy. I also co-presented a session with Anita titled, Publishing to Leave a Legacy, which highlighted the importance of publishing one’s genealogical research as a means of leaving a compelling footprint of your research for future generations to appreciate.

While at the conference, I connected with  several of my old friends, one in particular was Margeret (Marti) Lewis, president of the San Diego African American Genealogy Research Group (SDAAGRG).  When I lived in San Diego several years ago, SDAAGRG was the first genealogy group I joined as I began developing my genealogical research and speaking skills. Returning to California, and participating in the CAAGS 30th Anniversary Conference was like coming home to the group that helped me begin my research journey. 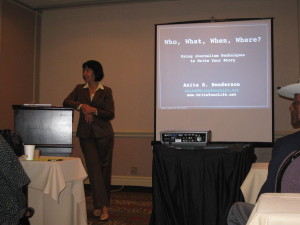 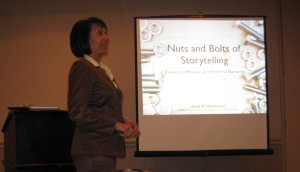 While at the conference, I had an opportunity to sit in on a few of the sessions. Two sessions I attend were: Who, What, When Where? Using Journalism Techniques to Write Your Story, and Nuts and Bolts of Storytelling, both presented by Anita R. Henderson of Write Your Life. These two sessions were particularly interesting to me because many of the techniques Anita shared were used during my own storytelling journey when I published my memoir, Got Proof! Attending these two sessions gave me a chance to be an example of the outcomes possible for those seeking to write and publish their own stories.

Another informative session I had the pleasure of attending was presented by Janice Lovelace, a licensed clinical psychologist with a specialization in child and family therapy.  Her presentation was entitled Is the Trauma of Slavery in Your Genes? A Look at Epigenetics and Health in African Americans. Epigenetics is the study of heritable changes that occur without a change in the DNA sequence, a fascinating study with far-reaching consequences when considering the trauma of slavery and its effects on African Americans.

See a few more picture taken at the conference: 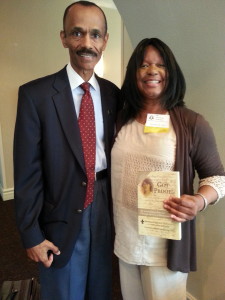 Michael Henderson and Monika R. Hall, a Member of CAAGS who purchased a signed copy of my Memoir, GOT PROOF! My Genealogical Journey Through the Use of Documentation 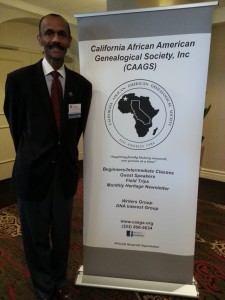 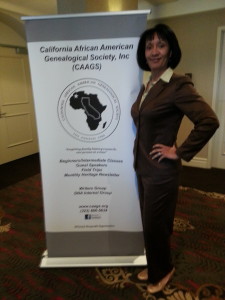 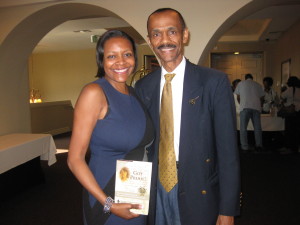 Ms Kenyatta Berry, Host of the PBS program, Genealogy Road Show and Michael Nolden Henderson, Author of Got Proof! My Genealogical Journey Through the Use of Documentation