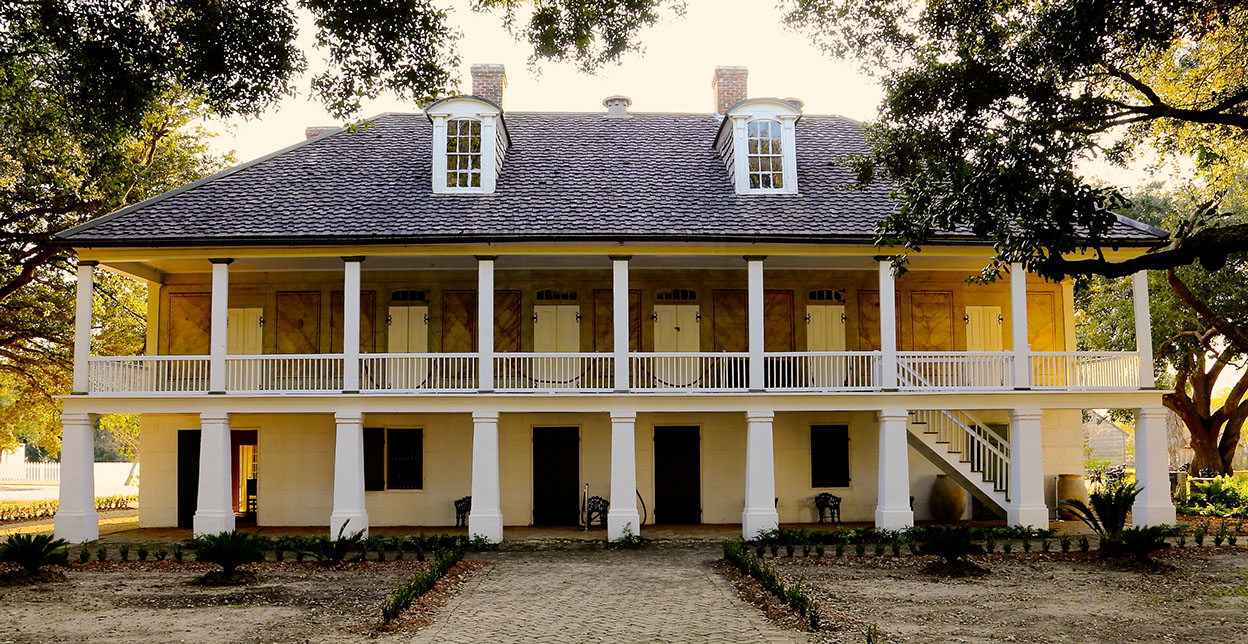 The Whitney Plantation in Wallace, Louisiana

In a previous post, I described my experience visiting the Whitney Plantation in Wallace, Louisiana. The plantation was the home of a prominent German family named Haydel who owned many slaves. The property has been restored and serves as a museum dedicated to those enslaved inhabitants who built, lived and died there. I found myself interested in both the property and in the Haydel family because, through my research, I discovered an ancestral connection to them.

During my tour of the Whitney Plantation, we visited the big house. One of the bedrooms

is a four-post bed and a cast-iron statue standing next to it. The statue depicts the image of a young girl, who the tour guide explained was an enslaved child named “Anna”. Having seen Anna’s name on the Wall of Honor earlier, and now seeing the lifelike image standing in the room, I felt that her presence had somehow come to life. Suddenly, I had a desire to understand as much as possible about her. 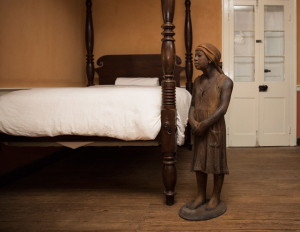 Anna’s life has been recorded by one of her descendants, Curtis M. Graves, according to the oral history of his grandfather, Elphége Haydel (1879 -1959). Graves’ story about Anna is included in the book, BOUKI FAIT GOMBO, by Dr. Ibrahima Seck. In the book, Seck quotes Graves as follows:

“Anna was bought from the slave market in New Orleans by Marcellin Haydel (his full name is Jean Francois Marcellin Haydel, who was Azélie’s husband) and brought to the plantation and given to Azélie as a gift. Azelie had no children and always wanted a girl.”

The story goes on to explain what many descendants in the family believed Anna’s ancestry and racial makeup was.

“My grandfather also said that she was not really black. So they thought she might have been mixed with Indian [I have done my DNA and I have no Indian. So I think her father was white]. . . . Azélie raised her in the big house. She had a child in her teen years with Azélie’s brother Antoine and never liked him. So I think it was rape (since a slave girl could not say no!). She did not marry anyone and also had no other children.”

Oral history passed down from elders can be valuable; however, these memories should be researched carefully to separate fact from fiction. As a researcher, you should locate any documents to support these oral histories, if possible. In the case of Anna, this is exactly what I set out to do.

As an enslaved girl, Anna bore a child named Victor. Victor Haydel’s lineage has been proven through ecclesiastic records and other documents housed at the St. John the Baptist Catholic Church in St. John the Baptist Parish and various archival depositories in Louisiana.

According to stories told at the Whitney Plantation:

“Victor was the son of an enslaved woman named Anna, who was herself a mulatto. Victor’s father was Antoine Haydel, the brother of Marie Azelie Haydel, the last Haydel family member to own the Whitney. It is known that [Antoine] was married and that refusing to engage in sexual relations with a white man was not an option available to [enslaved] women.” (Source: The Whitney Plantation – Wall of Honor)

Through birth, marriage, and death records, I have connected my own lineage to the Haydel family through two sisters — Ann Marie Schoff and Marguerite Schoff. This pedigree chart traces my ancestry to the Haydel family through my maternal line (Henderson, Phillips, Mathieu, Legaux, Clereaux, Schoff (Chauf, Schaaf) leading to the two Schoff sisters. Double click charts below for closer viewing. 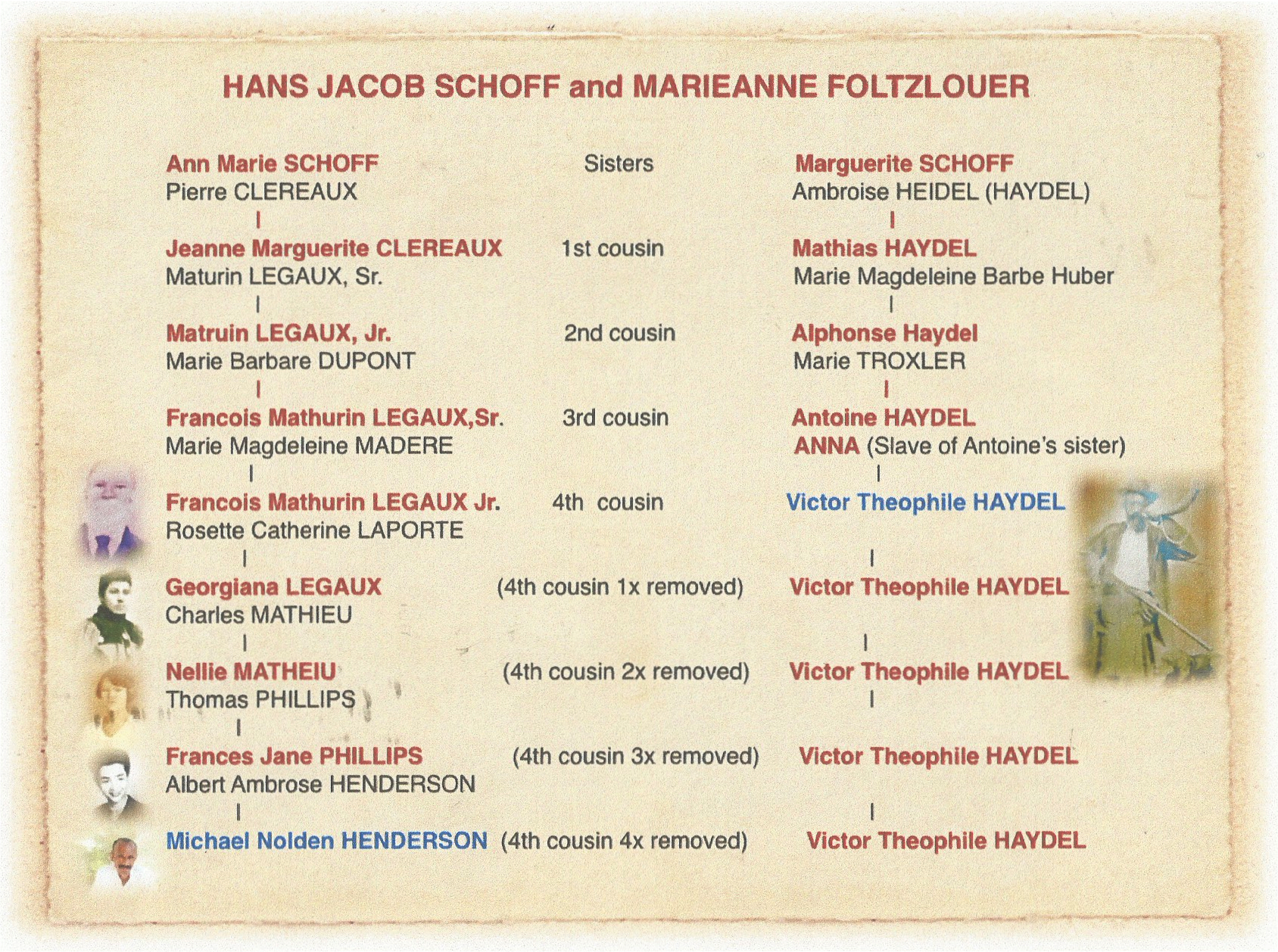 Michael Nolden Henderson Pedigree Chart connecting to two sisters of the SCHOFF family one of which married Ambroise Haydel, the Progenitor of the Haydel family on the German Coast of Louisiana

Below is a baptism record of Victor Haydel, listing his father as Antoine Haydel and his mother as Anna. 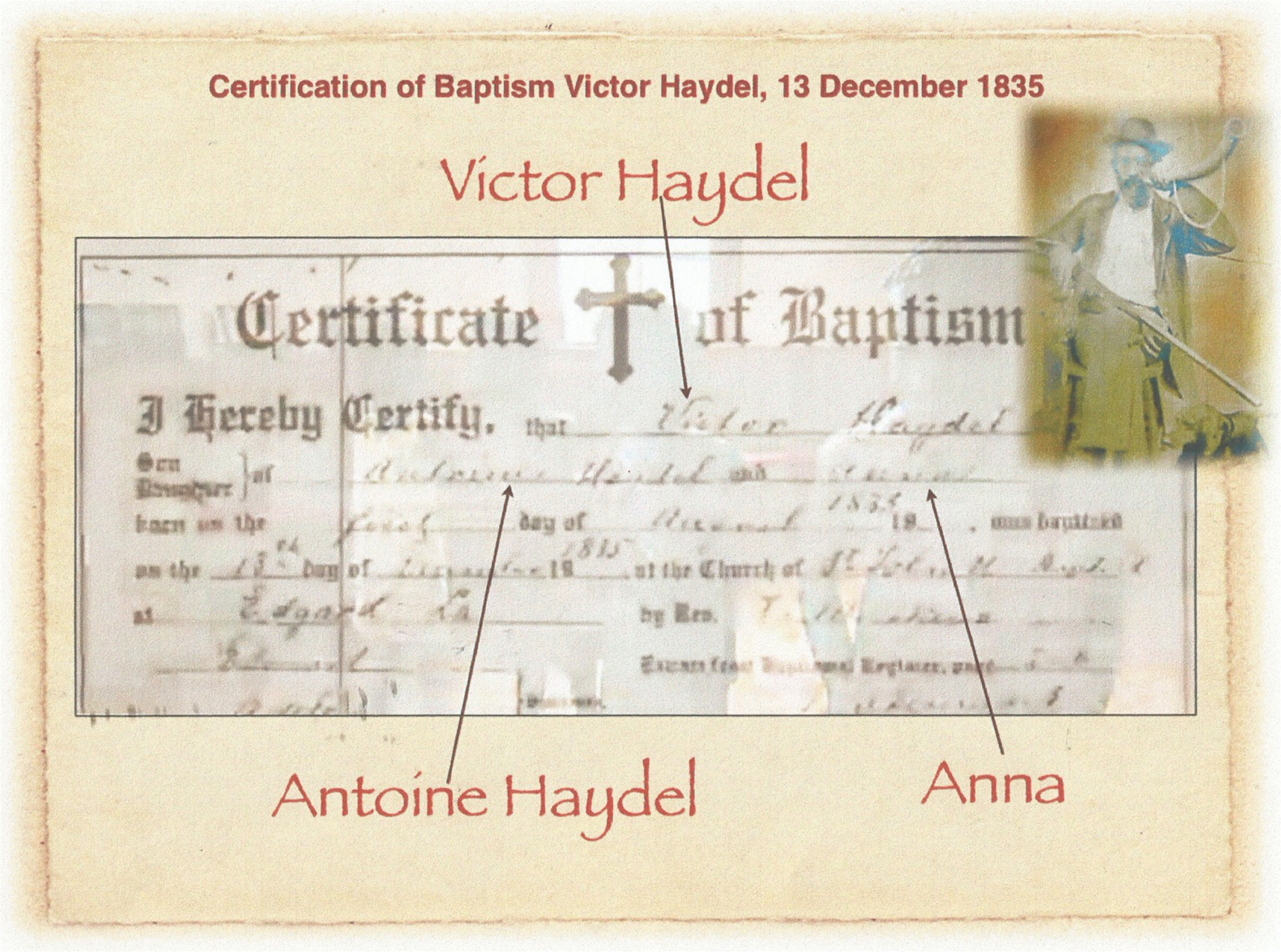 Certificate of Baptism for Victor HAYDEL, the Mixed race offspring of Antoine Haydel and the Enslaved female ANNA.

There is also a record showing both Anna and Victor as part of an inventory of slaves being assessed after the death of Marie Azélie Haydel.

Source: SJB -178-1860 Inventory of the estate of Widow Marcelin Haydel (Marie Azélie Haydel); 10-12 November 1860. Anna and Victor Haydel in the last inventory of the Haydel Plantation.

The slave inventory of the estate of Widow Marcelin Haydel (Marie Azélie Haydel)  indicates that both Anna and Victor Haydel remained as her property and lived on the  Haydel Plantation until her death.

See below chart of the Victor Haydel family lineage. 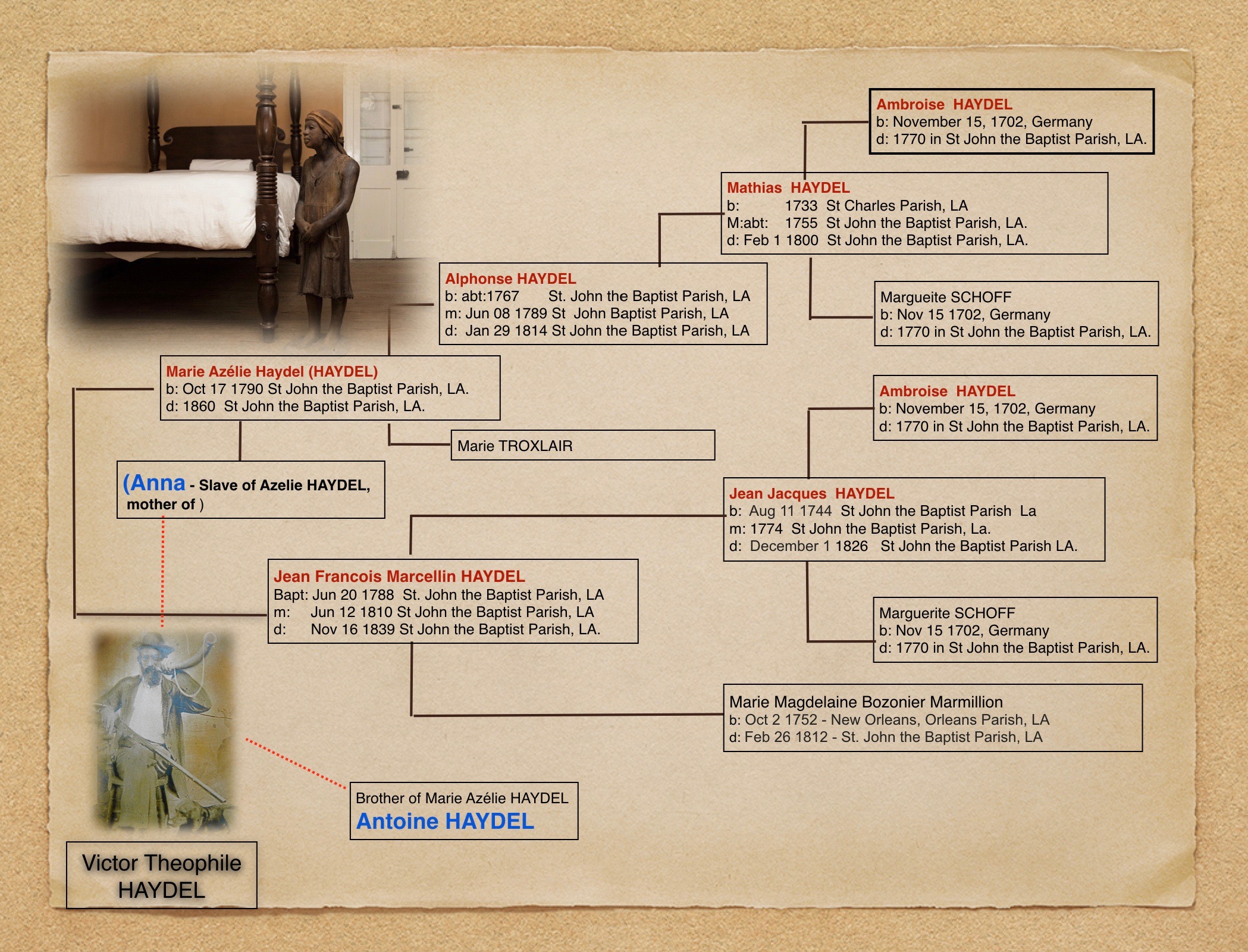 Stay tuned for a follow-up story in my next blog post describing Victor’s life as an adult after 1860. I’ll explore constructing the first generation of Victor Haydel and Marie Celeste Becnel offsprings born during and after slavery was ended in Louisiana, and more of what I learned while visiting the Whitney and surrounding community.